Choosing the right contractor for a project can be a daunting task. There are many, many things to be considered before doing so. Here are a few tips:

Inspiration for Some “Island Time”

It is cold and dark outside, and you are dreaming of a winter getaway … we are too. But we have a suggestion for some “island time” that does not involve plane tickets or reservations.

If you are like us, a good deal of your time is spent in the kitchen. And the reality is that cooking represents just one of the many life events where the kitchen is the focal point. [...]  Read More 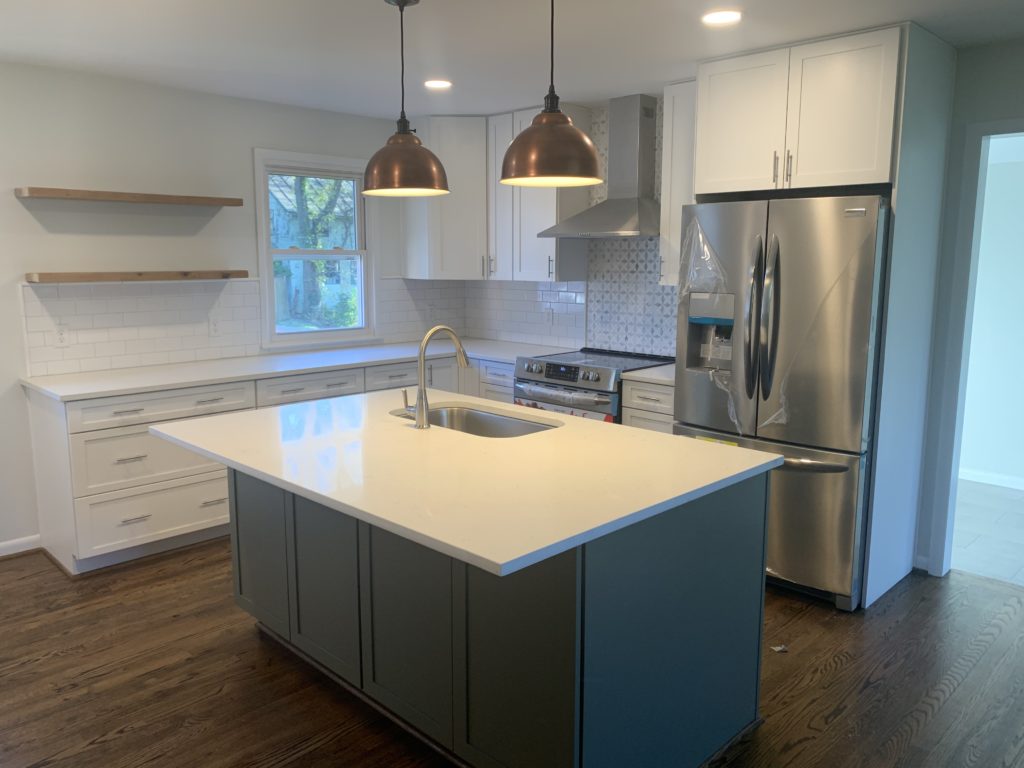 In 2004, after working at The Vacuum Store in Winchester, Virginia, selling vacuum cleaners for the past 15, Chris Cardinale and wife Brenda decided to purchase the store with a bright future. A year earlier, his father who at the time was a postal worker decided to quit his job and become a Kitchen and bath specialist known as Small Job Specialist. This inspired the Cardinale’s to form Sidney Enterprises, which they started got off the ground while still operating The Vacuum Store. The goal was to buy fixer-uppers and sell them. In 2008, when the housing market crashed, business slowed and at The Vacuum Store and the Cardinale’s began transitioning to Sidney Enterprises. The economic downturn between 2008 and 2013 presented many challenges.

However, many challenges brought many opportunities to solve critical business problems. While lots of these problems may have been existential threats to most, the Cardinale’s got organized and started turning business challenges into business success. The first step was to focus on where the growth was happening. This meant selling The Vacuum Store to ensure their efforts were well supported and to protect their hard-won success building Sidney Enterprises. Initially, because the economic recovery was slow, so too was the growth of Sidney Enterprises. But the ultimate metric of success is survival. If you can survive, you live to fight another day and, as other less prepared companies fall away, yours becomes well-positioned to rapidly gain market share. And, this is what the Cardinale’s did. While the Great Recession brought an end to their house-flipping business, they thought they were done with construction and remodeling. But remember survival? Then they had a fortuitous conversation with a friend who needed help with a bathroom project. It does not like much, I know. But survival does not need much, rather only a chance. Proof that, often, the smallest moments in our lives can present life-changing opportunities. That little bathroom job turned into a tile job, then another bathroom, then a kitchen remodel, then referrals from past customers of the Vacuum Store, friends, and family. Suddenly, Sidney Enterprises was winning. Although it was not all that sudden, in the heat of it all it sure felt that way. [...]  Read More